We Are Optimal Health

The idea that weightlifting causes insanely huge muscle buildup is largely a creation of the media. It’s true that some women weightlifters takes steroids, and these hormones do make them look very masculine. The average woman who weight trains, however, will simply achieve a slim, healthy body without adding unwanted muscle mass.

Article Body:
The benefits of lifting weights — also called weight training, strength training or resistance training — include stronger muscles, a stronger heart, a much leaner physique, a longer life, and a body better able to support your everyday needs and activities. Women, however, still tend to shy away from this beneficial form of exercise.

Ladies, does the mere idea of weightlifting scare you?

“I don’t want to lift weights because they’ll make me too big and bulky.” For how many of you is this the reason you’ve never attempted weight training?

It seems to be many a man’s dream to have big, bulky muscles. Why is it then, that men, whose bodies naturally contain much greater amounts of testosterone and growth hormone, lift weights yet DON’T get big and bulky?

It’s true! Unless they are supplementing with dangerous and unhealthful steroids or similar substances, most men do not naturally bulk up hugely by lifting weights regularly. And neither will most women.

The idea that women get big, ugly muscles from weight training is a complete misconception.

The fact of the matter is that women must lift weights in order to achieve the lean, sculpted bodies they dream of having. If a woman does happen to have the genetic disposition to bulk up quickly, there are easy ways to alter a workout to prevent this extra muscle size, while still increasing strength and rapidly burning fat.

The idea that weightlifting causes insanely huge muscle buildup is largely a creation of the media. It’s true that some women weightlifters takes steroids, and these hormones do make them look very masculine. The average woman who weight trains, however, will simply achieve a slim, healthy body without adding unwanted muscle mass.

Let’s start by discussing the basics of weight training…

Weight training involves controlled lifting and working out with weights. Two basic terms related to weightlifting are “rep” and “set.” A rep describes the complete act of raising and lowering a weight during a single act of exercise. A set describes the number of times a particular rep is performed.

For example, when a person does five reps of a squat, they squat down and stand up five times, continuously, before stopping and either moving on to another exercise or finishing their workout. Those five squats would equal one set. A balanced weight-training session will include several sets of different exercises.

And you should do this exercising pattern about 3 days each week – with at least 24 hour of rest after each workout.

Now I’m going to share a principle exercise with you that many commercial fitness “buff’s” will hate me telling you because this single exercise will do more for your body than almost any other exercise around – making it completely unnecessary for you to ever buy another exercise gadget from late night television ever again.

Before I share it with you I’ve got to give you a quick disclaimer…this exercise should be done (at least initially) under the supervision of a qualified personal trainer, so that you learn the proper form to use during the movement.

This exercise will work EVERY muscle in your body, and you can do it in the privacy of your own home, without any fancy machines or expensive video’s.

In fact, this exercise a foundational core exercise and it’ll set your internal furnace up to burn more calories throughout the rest of the day than any other exercise we’ve tested (when done properly).

Squat down with hips lower than shoulders and grasp the weight lifting bar (or any small object)…in the beginning I highly suggest that you use very little added weight, so when you bend to grasp something, use a book or something else that’s small and light weight – just to help you balance.

Place hands on bar (or whatever you choose to lift) slightly less than shoulder width apart, inside the knees and with elbows fully extended. Place bar roughly 1 inch in front of shins and over balls of feet.

Lift bar off floor by extending hips and knees.
Maintain an erect and flat back at all times.
Keep elbows fully extended.
Keep bar as close to shins as possible without hitting or scraping.
When bar passes knees move the hips forward.
Keep body erect at point of full knee and hip extension.

Allow the hips and knees to flex to slowly lower the bar to the floor.
Repeat movement until finished with set.

Now this might sound a bit confusing the first several times you read it – however, once you practice it for a day or 2, the movement will become second nature to you and you’ll begin feeling and seeing the results quickly.

Remember that with any new exercise comes a bit of soreness, so start very slowly, and gradually increase your intensity.

Ladies, I encourage you: Let go of your preconceived ideas about weight training. Do not fear it. Embrace your weightlifting potential! You will benefit so much more from it than from spending hours on that piece of cardio equipment alone.

Our physician, personal trainers, and staff are motivated to teach you lifelong skills in exercise and proper nutrition to help you meet your personal fitness and weight loss goals. With positive motivation and trusted accountability we will help you reach your full potential. 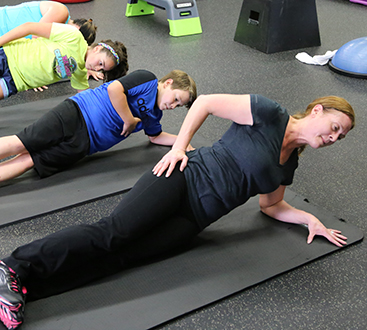 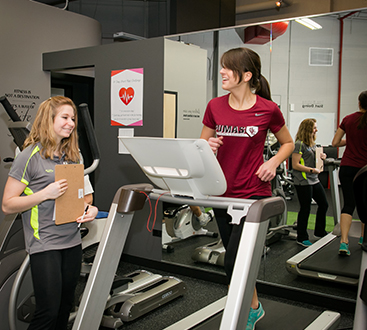